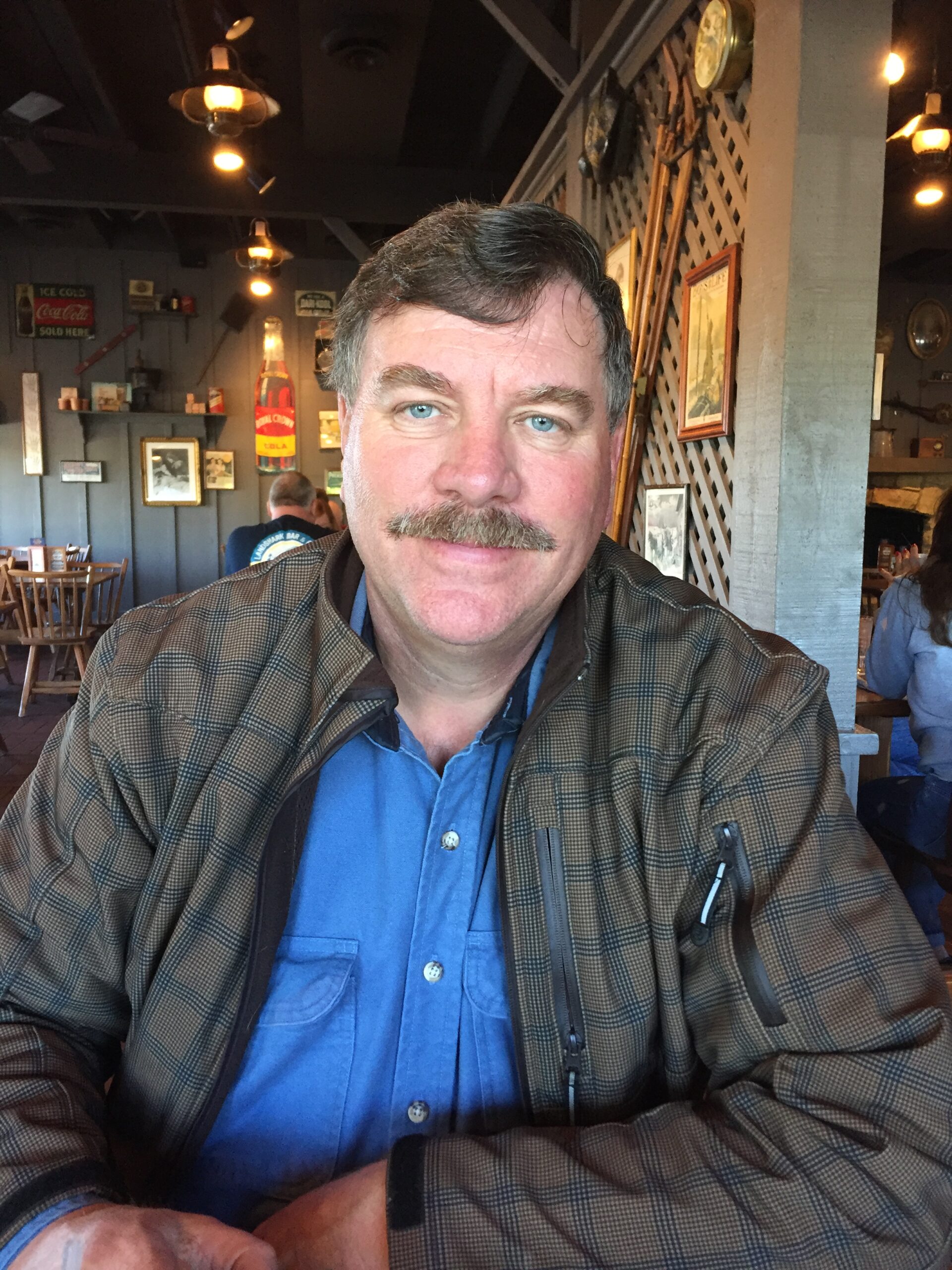 Rob was left unattended for large periods of time; doctors and nurses made comments about his vaccination status. While vented, he was not given food or water.

the nurses said "unvaccinated deserve what they get"

Ignored for long periods of time when needing assistance with toileting; begged for water; was brought food he was unable to eat due to physical weakness; was unable to drink water without assistance and was ignored when he asked for help.

What types of activism: Local and state discussions; social media

The Interview with Jane
ARVE Error: The [[arve]] shortcode needs one of this attributes av1mp4, mp4, m4v, webm, ogv, url 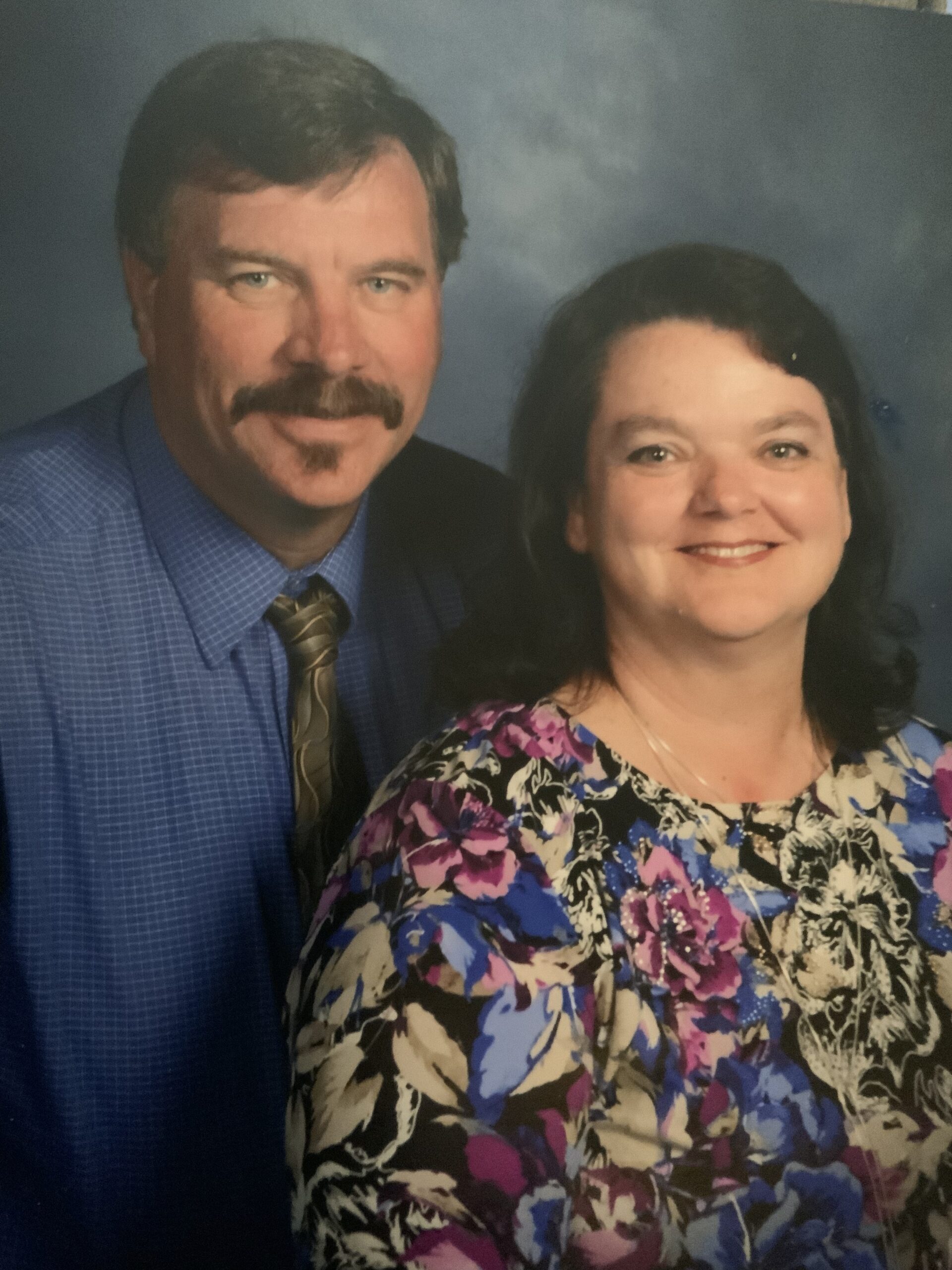 Rob was vented not once, but twice. He was mistreated when sent to rehab, which led to a retroperitoneal bleed sending him back to the ICU where he was vented yet again (with stable blood oxygen levels).

Rob began to show symptoms on 11/7/21.  We thought he had a sinus infection.  So, he took an at-home test on 11/11/21 and tested positive for Covid 19.  He had an appointment on 11/12/21 with his primary physician so he could receive the monoclonal antibodies.  During the appointment, the doctor asked him if he was vaccinated. Rob replied he was not.  The doctor’s entire demeanor changed. When I asked if he could get the antibodies, the doctor said he did not qualify for them locally but he could send a request for another county where they could possibly set him up for treatment. We never heard from that facility.

On 11/15/21, Rob suffered a seizure at home and I took him to the ER.  His blood oxygen was not overly low.  I asked them in the ER for antibodies and they said he did not qualify for them.  When I asked for Ivermectin I was told they did not use that at this particular hospital.  The ER doctor stated they would start him on Remdesivir. I stated I did not want him to be treated with it because I had heard it caused kidney failure.  The doctor proceeded to say that there was no scientific proof that it had those side effects. He said if we did not give him it, he would get no treatment and would die.

They admitted Rob and took him to a room where Remdesivir was given to him before I was allowed into the room.  I was allowed to visit for 1 hour twice per day.  Rob was also given an experimental drug (a red pill; name unknown but possibly in records).  He was given 5 days of remdesivir.  After a few days, Rob received another doctor “Dr. John”.  This doctor stated he did not like remdesivir as it was “poison”.  He gave me a prescription for ivermectin for me to go out and find- which I did- and he started Rob on it on Saturday. Rob was transferred to the ICU because he needed the BiPAP. Rob received two days’ worth of doses of ivermectin while in the ICU.

On Sunday, Rob was feeling much better and requested I make him some cookies.  When I returned, he was breathing better and on regular oxygen.  He ate 1/2 of the cookies along with most of his dinner.  He was alert and chatty (had not been all week).  I left late evening and he was in good spirits and feeling pretty good.  The doctor noted at 11:00 pm, that “patient was remarkably better and would be transferred back to a regular room in the morning”.  Vitals were stable; no breathing difficulties; oxygen in the ’90s.

I received a phone call at 3:00 am stating he had to be vented.  He was transferred to Columbus Regional hospital where I was not allowed to be with him or even at the hospital.  He was vented for 9 days.  After a few days, the doctor stated he had to be put on dialysis because his kidneys had stopped functioning.  On Thanksgiving day, the doctor told me he had less than a 40% chance of survival.   The next day, the doctor called to say they didn’t understand his turnaround from the day before and they were going to try to wean him from the ventilator.  It took several days.  I begged to see him but was denied.

After he was awakened, I was allowed to face time with him once per day.  I continued to beg the doctor to allow me to come to see him and finally he said if he tested negative, he would allow me to visit, but he doubted that he would be negative- but he was.  I was allowed to stay with him for the next week.  During this time, he was unable to eat or drink without help.  Nurses only came in to reposition him.  He could not eat and could barely drink.  I brought him Ensures from home to try to get nutrients into his body.  I had to hold his cup for him as he was too weak to do so.   He continued to lose weight, yet no feeding tube was in place to help him gain the much-needed nutrition.

Rob was transferred to Select Specialty LTAC at Christ Hospital in Cincinnati OH on December 10th.  He was there exactly 1 week.  During that time, I had to bathe him, shave him and carry water from home because he could not get adequate water when he called.  He was not eating properly and still had no feeding tube to assist his body.  On Friday, December 17th, I received a phone call that he had fainted while transferring him from his bed to the rehab chair and was dropped.  The nurse said she could not feel a pulse and did 3 CPR chest compressions and he started breathing again.  He was taken to the Christ Hospital ICU where he was vented a second time.  Again, he was vented without family permission.

He continued to decline being hooked to 14 different IV drugs including massive doses of Heparin (they assumed he passed a blood clot).  His BP continued to drop throughout the day. During the late evening and early morning hours he could not maintain a high enough BP.  They kept giving him bolster bags of saline, which raised his pressure to the normal range until the bag ran out.  They gave him a total of 13 bags before checking his blood count only to find he had only 2 units of blood in his body when he should have had 14.  He was in the ICU for 16 hours before they did the most basic function of checking blood count.   (The loss of blood was caused by a peritoneal bleed from a ruptured vessel in his back caused, in my opinion, by him being dropped in rehab).

Rob’s weight went from 220 to 292 overnight. They had given him so much fluid that he was basically drowning in it.  His liver began to shut down; his kidneys stopped functioning again. They were beginning to heal and he had regained some function with them. Now he was placed back on dialysis. He was swollen; his toes began to turn black for lack of circulation. Rob was on 5 painkillers/paralytics; several BP meds as well as various other drugs. Throughout the week, his numbers began to improve.

On December 24th, he had a full body CT scan. The doctor stated his numbers were improving, the bleed had healed and he just needed time to recover.  Later that evening the nurse stated he was “restless and needed a push of fentanyl to help him rest through the night”.  She gave him a dose in his IV. Then later said it wasn’t helping and upped his fentanyl IV drip.  He then coded for the first time.  When the nurse hit the button on the wall to alert staff that he was coding, it failed to go off.  The charge nurse was screaming to call “111” to alert the attending physicians.  It took nearly two minutes for them to arrive due to the failed device.

Rob was revived for a short time. But coded for a second time and passed after 45 minutes of failed attempts to resuscitate him. I lost the love of my life because of hospital protocol, neglect, and negligence. This is Rob’s story to the best of my recollection. I still cannot get Christ hospital to release the records for the last week (December 17-24).

My Brother hear my prayer

The story of Steven Traini