This is a free, “fill in the blank”, Pro Se Complaint which we have prepared to help individuals get their day in a Federal court, with or without a lawyer, to fight the vaccine mandates. It was devised to be flexible enough so that it might be, with just a little bit of editing, applicable to several of the different types of mandates. Since we expected that the CMS Mandate might not go the way we were hoping at the Supreme Court level, due to the pundits’ views after oral argument on both the CMS and OSHA mandates, and given time constraints, the Pro Se Complaint in its present form is geared just a bit more towards the CMS Mandate, but with a few tweaks it could be made applicable to almost any mandate.

What the Pro Se Complaint does is present an argument that the CMS Vaccine Mandate violates the Equal Protection Clause of the Fourteenth Amendment by failing to treat individuals with naturally acquired immunity like those with vaccine acquired immunity. By utilizing a Supreme Court case from the Civil Rights Era (Adickes v. S.H. Kress, 398 US 144 [1970]), it attempts to make the private actor (the employer), as liable as the government actor, combining the government mandate (the “Government Action”) with the directives of the employer which actually force the vaccination (the “Directives”) into one project/enterprise (they are inextricably linked and intertwined), defined as the “Government Action/Directives”. Thus, the private actor and the government actor are liable for the acts of the other, via sort of a conspiracy/civil RICO argument. Just like the RICO Act put an end to the head of an organized crime organization being immune to the consequences of the actions of his underlings, and vice versa, this puts an end to the government being immune to the consequences of the actions of the private employer, and vice versa.

Moreover, since the Government Action/Directives impact what it argues is a fundamental right, right to bodily integrity, etc. it incorporates another Supreme Court case (Skinner v Oklahoma, 316 US 535) to help make that fundamental right argument and to raise the level of court scrutiny of the Government Action/Directives from the rational basis test (which is easy for the government to overcome) to the strict scrutiny test (which is much harder to overcome), under which the government has to prove its action is sufficiently “narrowly tailored” to serve a “compelling government interest”. It argues it cannot meet this burden without considering naturally acquired immunity to be the same as vaccine acquired immunity.

It also argues that the Government Action/Directives violate the Emergency Use Authorization Statute by obligating persons to, without proper disclosure and consent, take a vaccine approved only for Emergency Use, since the Cominarty Vaccine is not readily available in the U.S.

The hope is that, accompanied by our free Pro Se Emergency Order to Show Cause template, the Pro Se Complaint will allow a person, with or without a lawyer, to get before a Federal Judge in one or two days after filing to argue their case. It was done in this fashion because, unfortunately, it is very difficult for people facing the mandates to hire a lawyer, or even find a lawyer, to defend them in these types of cases. Moreover, even if they could find and hire a lawyer, lawyers are not accustomed to making up papers from scratch (without the investment of a lot of time and money). Thus, this can help to convince a lawyer to take a case he/she might not otherwise take (since they have a template) and will definitely make such an endeavor a bit easier and less costly for both the client and the lawyer. 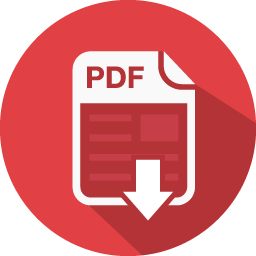 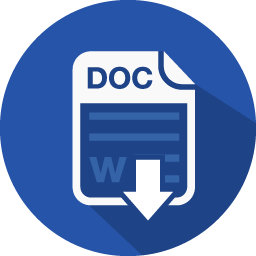