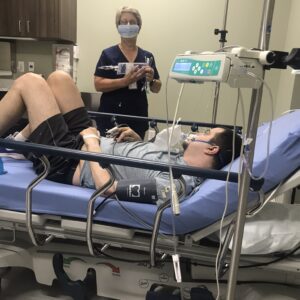 We were betrayed. Although I can never be 100% certain that he could have been saved, my son was undoubtedly denied an advocate and a “right to try” all possible treatments.

Andrew was admitted to the hospital for bilateral pnuemona, isolated and drugged with Ativan for agitation. Remdesivir was given without consent soon after being admitted. Parents are legal guardians due to traumatic brain injury that occurred 5.5 years prior to hospitalization. Was denied the monoclonal antibody since he needed to be on oxygen. On the first night after hospitalization, he was intubated because they said he was agitated and pulling at his oxygen mask and Ativan was wearing off too quickly. Mom received a phone call at 4 am after the intubation. No one consented to it. After intubation, the hospital never called to update family. Parent had to call and minimal info was given.

Days on a ventilator: : 6 days 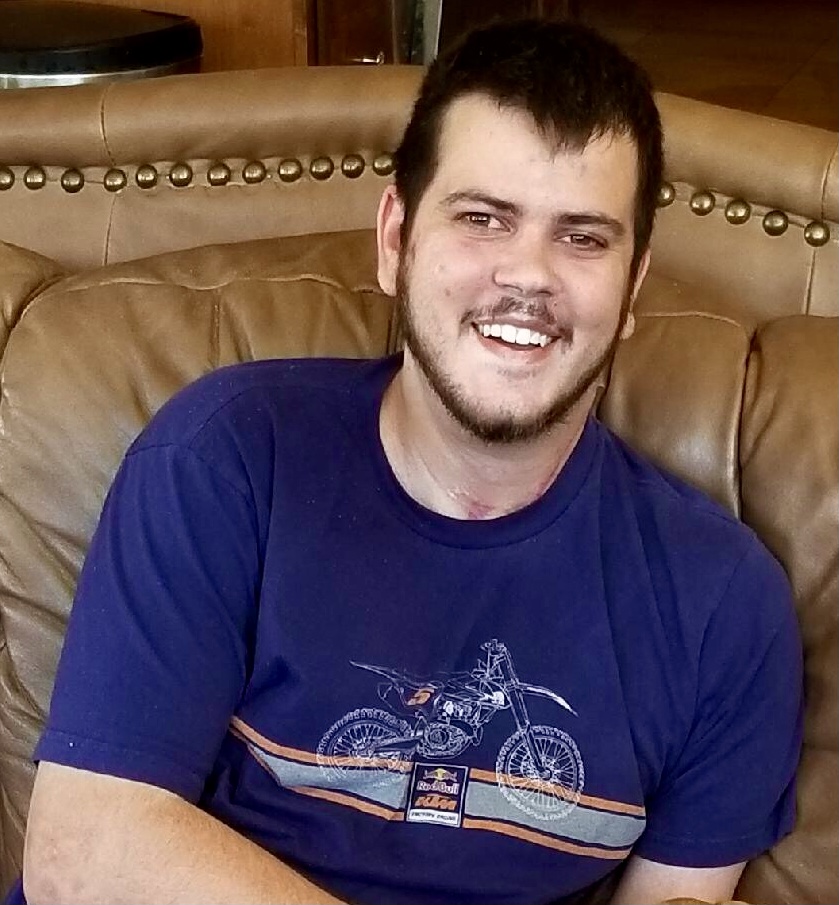 My son, Andrew Everetts, was in a near-fatal motorcycle crash 5 1/2 years prior to his death. He was in a coma for 3 months and, despite the odds against him, he awakened and fought hard to get better. After several years of therapy, he was walking, talking, and enjoying life. He was a fighter who just wanted to ride his motorcycle again. His amazing recovery was a miracle. He was so brave in his recovery until his death in the hospital that isolated him without an advocate. He was only 30 and wasn’t ready to quit on life.

My 30 year old son, Andrew, was taken to the Fountain Hills medical center on 12/10/2021 because he was coughing up phlegm and his oxygen level was at 82%. He was diagnosed with bilateral pneumonia and placed on oxygen. Then he was given a Covid test. It showed positive. I asked to be tested as well and I was positive, too. Both of us were unvaccinated and we were asked of our “vaccine” status.

From the medical center, I called our naturopathic doctor and she prescribed a z-pack, an inhaler,  and ivermectin, Unfortunately, the  medical facility didn’t allow me to give the ivermectin to Andrew. The comment, “We don’t  use horse medicine” was made. Also, one doctor commented that when he got to the hospital “they will likely give him Remdesivir and he’ll be fine”. I told the doctor that I didn’t want him on Remdesivir because it has been known to kill people. The doctor told me to stop watching FOX news.

At the medical center, I was offered the monoclonal antibody infusion but was told that Andrew did not qualify for the infusion because of his low oxygen. Why wouldn’t they try anyway? What’s the harm?

Andrew remained at the medical center overnight and had a good night with the oxygen mask. His oxygen was in the low 90s.

Around noon the next day (12/11/2021) , Andrew was transferred to Scottsdale Osborn Hospital Honor Health. I watched him as he was placed in the ambulance and told him, “I’ll see you at the hospital.” He gave me a thumbs up. That’s the last time I got to speak to him.

Once Andrew arrived at the hospital, he was placed on a Covid floor. When I tried to enter, I was told that no visitors were allowed. He was placed on a Bi-pap oxygen mask. A few hours later he was isolated, placed in ICU. He was given Ativan because he was “agitated and was pulling at the mask”. I was his legal guardian because of a brain injury. I told the hospital I needed to be there as an advocate and to calm him but my request was denied.

At 4 am on the first night, I received a phone call that Andrew had been intubated because the Ativan was wearing off quickly and his lungs needed a rest. I was never contacted for consent prior to intubation.  I asked the nurse if he was getting Remdesivir because I didn’t want him to get it. The nurse said that Remdesivir  hadn’t been used for several months so he wasn’t getting it. (It was only after I pulled the hospital records that I found out it was given without my consent.)

After the first day, the hospital no longer called with updates. If I didn’t call them, I wouldn’t have known anything. Even when I did call, the hospital gave me minimal info. After 3 days, the hospital said they had lowered his oxygen intake and was holding steady. They also said they would occasionally  lift his sedation to “get a response”. On days 4-6, there were no changes in his condition. One nurse said they would eventually “prone” him to get some lung fluid out.

On the 7 th day, I called during the day and his condition was still stable. I called again shortly before midnight and was told that he had been proned two hours prior and his oxygen levels dropped into the 70s. The nurse said that they were unable to get his oxygen levels back up into the 90s and that they had done “all they could do”. I asked if he was dying and she said yes. I became hysterical and asked them to try ivermectin. The nurse said she would have the doctor call me.

Two hours later, at 2 am, the doctor finally called.  He told me Andrew was no longer responding to treatment. I said it was time to “pull out all the stops” and give ivermectin, but the doctor said he could not give ivermectin because it was experimental. I pleaded that we needed to try anything because I believed in “no stone left unturned”. His response was no. He added that I was welcome to pull Andrew from the hospital and take him to a facility of my choice that would use experimental treatments. I was denied my “right to try” when death was imminent. My son deserved  better treatment. The hospital refused to deviate from the treatment plan they were instructed to follow. They didn’t want to try to save my son. When I told the doctor I was coming to the hospital immediately, he said I would have to wait till visiting hours at 7:30 am. I was told security would remove me if I came earlier.

At 5:45 am, the hospital called to tell me that Andrew’s oxygen had dropped into the 40s and he didn’t have much longer to live. At that time, I was given permission to see him. I arrived at the hospital 30 minutes before his heart stopped. My sweet son passed away on 12/18/2021 at 7:26 am. His cause of death: COVID Pneumonia.

I regret ever taking my son to the hospital and letting them isolate him. I trusted them. I was blindsided by his death.

I pulled all hospital records and imaging. I am not a medical expert and do not know anyone who can review these records. They seem very basic. He was given treatments without my consent, as his legal guardian. They only followed CDC protocols.

We were betrayed. Although I can never be 100% certain that he could have been saved, my son was undoubtedly denied an advocate and a “right to try” all possible treatments.

By filing a case, I don’t want money. All the money in the world can’t bring my son back to life or fix the massive hole in my heart. I want justice for my son. I want accountability. I want to help expose the crimes against humanity. This needs to stop.

She was put to death like a death row inmate. Egregious

William “Mike” Brown – He was selected to die

You Should Be Here- Sarah Cheney