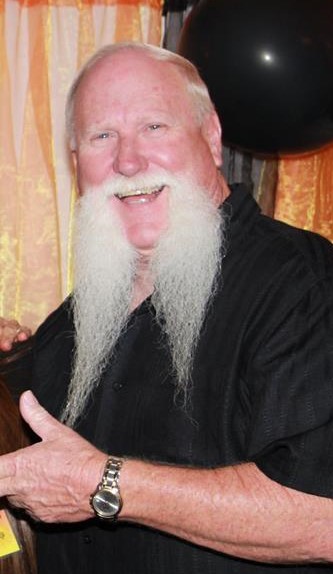 Neglected of any nutrition including food and water. No family contact for 5 days. By the time we could see him, he was sedated and on the ventilator. They just let him lay there and feed him with toxic drugs until he finally passed.

Website or social media page associated with this case: https://lietz-frazefuneralhome.com/tribute/details/7053/Kevin-McCaan/obituary.html#tribute-start 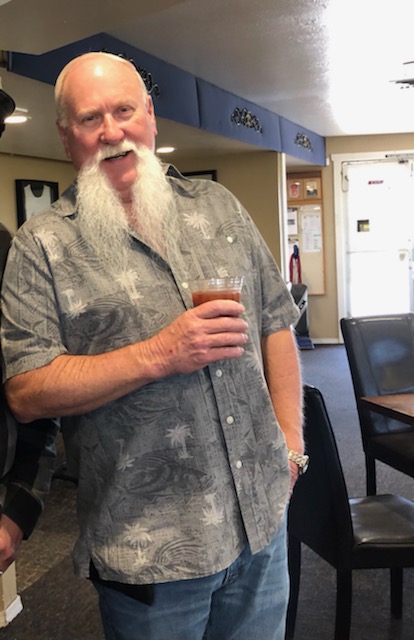 Kevin was the healthiest man I have ever known. He was sick 1 time in the 23 years I have known him, This hospital killed this man especially because of the incentives from Medicare. I almost got arrested trying to question the motives. This hospital, among others is a parasite.

On January 22, 2021, on the 11th day into the sickness of Covid19, my fiancé Kevin McCaan was ambulanced to Havasu Regional Medical Center. I have known this man for 23 years and have been in a relationship with him for 12 years. He has only been sick maybe twice in this entire time.  He has never been in the hospital other than his birth. He has never had any surgeries or ever broken any bone.  He was the healthiest person I have ever known.

When Kevin got to the hospital at 9 am he put down on his point of contact, “Sherri Wife.” Even though we were not married. I had to call the hospital about 9:30 P.M. because I had not got a phone call at all about his status.  The nurse said she would check on his status and get back to me.  Kevin is the one who had called me from his cell phone.  He had a oxygen mask on. (I checked his oxygen level earlier that morning and it was at 70%). He had told me they started him on Remdesivir.

I was not allowed to visit him because of the “Covid”. The next day he called me and said he then had pneumonia and he was very isolated. After the third day I didn’t get anymore calls from Kevin. I started calling the hospital every morning and night to get updates. At one point they told me he was doing better. That was a lie.

On January 27, 5 days later, one of the many Drs. Had called me to come in and see him as he wasn’t doing well. The original Dr. Stevens saw him 1 time on the weekend and then was out of town for the next week. I went in to see him, he was completely naked on his side with the oxygen mask on. He was not gasping for air and just looked up at me and grabbed my arm and closed his eyes. I was hysterical. I couldn’t get any answers from anyone as there was nobody in his room.

Then they said I had to leave. They would not give him any nutrients, and they did not feed him the entire time he was in the hospital. That night I got a call from the nurse that told me “We sedated him and put him on the ventilator so that his lungs could heal.” I told her “He was not gasping for air today when I saw him and I know he would not want the ventilator!” It didn’t matter what I said.

The next day on January 28, another Dr. called me and told me to come in and said “He is taking a turn for the worst, and I don’t think he will make it through the night.” I go in to see him, and the Dr. told me that over night his kidneys had shut down, and he has a blood clot in his left groin.” I looked at his left foot, and it was purple half way up his foot. The Dr. just left the room after stating, “ There is nothing we can do because he is so sick, that we can’t treat the blood clot.”

Mind you, Kevin is a very strong healthy man. This is not making any sense. The care was disgusting, the updates were not making any sense.  I couldn’t get the Dr. to even come back into the room to talk to me. So I told the nurse, “I want him on HCQ that helps him get better.” He looked right at me and said, “That has been replaced with Remdesivir.” I got up in his face and said, “That is a damn lie and you are lying to my face.” I felt so helpless.

That night they moved him to ICU. By Saturday February 6, he looked like he wasn’t there by his eyes. The Dr. Stevens and a nurse came into the lobby where a friend and I were waiting to see him. This is the first time I ever met Dr. Stevens. Everything that she said was so unprofessional and contradicting.  She told us, “He has had  8 or 9 strokes due to pieces of the clot that had traveled to his brain.” “We just don’t know when the strokes happened.” WHAT???

And that he is brain dead. We went into the room and I looked up on the screen with all of his medications and stats. I saw Fentanyl on the screen. I said, “If he is so called BRAIN DEAD, then why is he on a painkiller?” “And why Fentanyl?” The nurse said, “He is not on it anymore, the screen just still says that he is.”  I am just like “What kind of an idiot do you think I am?” We get no answers, just a bunch of b.s.

These worthless, incompetent excuses for Drs. Is amazing. I said, “Knowing blood clots are a side effect from this and you did nothing for the first 5 days he was here!”. “What do you mean you don’t know when the strokes happened?” “He should have been on medication to prevent this.”

I then get another call that night that he is not going to make it through the night AGAIN. I am so outraged by the time I got there, that I walked into his room and just cried and talked to him. I saw Dr. Stevens standing out by the nurse station, did not even come in to talk to me. I walked right up to her and I said, “You are killing him and I will sue you for everything you got!” Then I left.

She called the police, and said that I threatened her and she pressed charges against me. Now I am not allowed in the hospital again.

Kevin’s kids were visiting with him, because by this time the hospital found out we were not married, so they told me that I no longer get to make any decisions and any updates would be told to his children. These kids aren’t able to advocate for him and the hospital knew that. They didn’t want me back in there because I was challenging them and interfering with their agenda.

So now I am at home, can’t go see him and waiting to here from his daughter which I have a good relationship with. This is the love of my life, and I have been stripped from any power at all.

He did make it through the night but now had internal bleeding. I could not got see him until a week later on February 13. I had to be searched by the police and led up to his room by 6 guards and 2 Drs. It was so ridiculous. I could tell by looking at him, he was not going to make it much longer, because they were killing him. He never got any better when he was in there. He passed late that night on Valentines Day. He was in there a total of 23 days, and on that ventilator for 17 days.

This hospital is a profit hospital, they have an extremely high rate of death even before Covid. Nobody ever holds them accountable for anything. They put Kevin on the Remdesivir. The Fauci protocol. They wouldn’t let me into see him until the fifth day, which is how long it takes to cause multi organ failure. This man fought even as they were killing him.

They destroyed this man. Kevin did not want to go there, but the morning he did, he could not walk and his oxygen was at 70%. He told me to call 911 and we were both scared. Then he was COMPLETELY isolated for 5 days. I only saw him that one time for 5 minutes, then he was sedated and on the ventilator for the remainder of the time.

This hospital is the most disgusting excuse for medical care I have ever seen. They are murderers.

His death certificate is horrific. Everything mentioned on it is what they caused.  Thank you.

I Guess I Have No Choice But The Hospital

Kelly Moore Mourns the Loss of Her Husband

To: Beckon Medical and IU Health