Why the Rejection of Ivermectin? 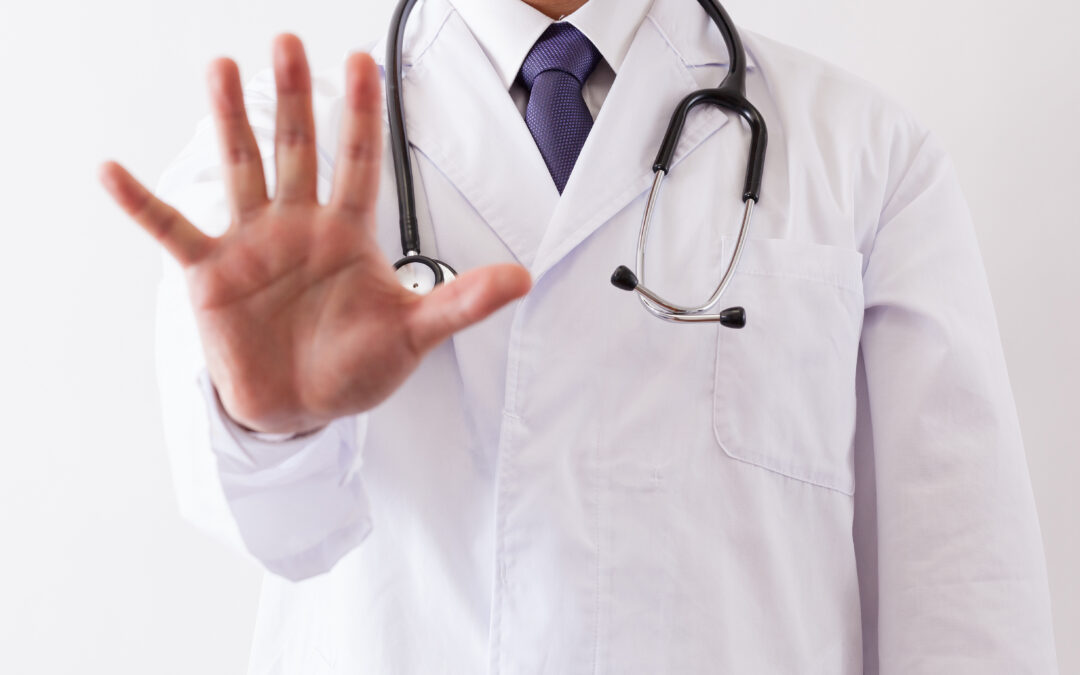 Why the Rejection of Ivermectin?

Unfortunately, once again, I am writing on the suppression of real science and the deliberate misinformation/noninformation campaign regarding a decades old medication for the prevention and treatment of Covid19.

On September 8th, after 2 months of research, I posted an article on Facebook and my blog about the controversial drug, hydroxychloroquine. The blog was long, detailed and backed by enormous amounts of scientific research, studies, publications, and opinions of Covid19 doctors. It covered the success of HCQ being used as a prophylaxis and in early treatment in many countries around the world. I also covered the microbiology of the virus and how the medication works against SARS-CoV2, and finally ended with my opinion on why the American people are being denied what science clearly says is an effective early treatment against Covid19. For the record, I still believe in the evidence and the effectiveness of HCQ being used as a prophylactic and in early treatment, however, I have come across another drug that is showing to be extremely effective not only as a prophylactic but also in all stages of the disease. Therefore, I am writing another article on the drug, Ivermectin (IVM), and why it is being hidden from the American people via the media, government agencies, politicians, and social media. Instead of concluding with my opinions about the reasons for the war against using IVM, I am going to keep this article completely scientific and just talk about the facts and let the evidence speak for itself. I will be including many of the studies that prove the efficacy of the drug, success stories from reputable doctors, IVM protocols used by other countries and some personal stories from regular people.

First, let us discuss what Ivermectin is, its history and why it works on SARS-COV2. Ivermectin is an anti-parasitic. Most people know of it being used on animals, like horses and dogs to treat heartworms and other parasites. It is also widely used by people to combat parasites that infect populations largely in third world countries. Ivermectin was discovered in 1975 and came into medical use in 1981. It is on the World Health Organization’s List of Essential Medicines and won the 2015 Nobel Peace Prize for its efficacy in a number of parasitic diseases. Ok, let
us get a little technical for a minute and dive into why Ivermectin works against covid19:

1. It prevents viral entry into the host cells. Sars-Cov-2 has spike proteins that bind with the human cells ACE-2 protein on the cell membrane. Think of it as a lock and key. Ivermectin binds to the spike protein and dismembers the virus, inhibiting it to enter their target human cells.

2. Ivermectin prevents viral entry into the nucleus of the cells. The virus attaches onto a hetereodimer protein called Importin a/ Importin b-1, which transports the virus into the cell nucleus. The virus shuts down the nucleus which in turn suppresses immune response to fight against it. IVM inhibits the heterodimer protein so the virus can not attach to be transported in our cells.

3. IVM, inhibits genomic transcription and translation. IVM has been found to cause inhibition of the enzyme, helicase. Helicase is necessary in the viral replication process.

5. Ivermectin has shown to prevent vascular occlusion caused by hyper coagulation of blood by interfering with receptors of the virus, preventing the hypercoagulability state.

6. Interferon are like bullets made by the immune system to fight the virus. Ivermectin stimulates interferon production.

Now let us look at countries around the world who are using Ivermectin with huge success. In some countries, people take it regularly a few times a year to prevent parasitic infections like River Blindness.

For example, in Ethiopia 81% of the population takes IVM and since the onset of the pandemic there have been approximately 620 deaths attributed to covid, that is a death rate of about 5 per million.

India has all but ended their pandemic by distributing “Covid kits” to their citizens. These kits consist of Ivermectin, doxycycline and zinc and cost approximately $2.65. The state of Uttar Pradesh approved IVM on Aug. 15, 2020 stating that it was effective in all stages of the virus.

Honduras had one of the highest fatality rates from Covid19 in the beginning of the pandemic. Their first case was reported in April 2020 and their mortality rate shot up to 14.5%. However, they implemented Ivermectin in their treatment protocol and their fatality rate decreased to 2.66%, an 81.6% decline. Doctor Miguel Sierra Hoffman said they were proud to tell the world that Honduras found a cure against the novel coronavirus.

Australian Doctor Thomas Borody said, “we know its curable, its easier than treating the flu. This could have been the fastest and safest way to end the pandemic in Australia, within 6-8 weeks.” He is famous for curing peptic ulcers and saving thousands of lives and has released a Covid protocol consisting of Ivermectin, zinc and an antibiotic.

Japan calls it the “Wonder Drug.”

The Monash-Doherty study consisting of 60 hospitalized patients receiving IVM. After 72 hours most of the patients’ conditions improved, and out of all 60 patients, all recovered.

Peru is using IVM kits on a large scale and reporting positive results.

Brazil also using Covid kits that include IVM and the Ministry of Health was quoted saying; “Early treatment is life.”

In Costa Rica, deaths went down the very same time the government started distributing the IVM Covid kits, and it is also sold over the counter.

In the Dominican Republic, Ivermectin has been used and cured over 6000 patients.

The Bolivian government had banned Ivermectin in the treatment of Covid but one very brave doctor, Victor Hugo Nunezdel Prado, started a group of doctors that pushed for the use of Ivermectin. The group snuck Ivermectin into yogurt and
raised people from their deathbeds. The pushback from the people forced the government to give in.

I could keep going with success stories of other countries with using IVM in their treatment protocol, but I think you get the point.

Now let us look at the United States statistics. They have not approved Hydroxychloroquine after the evidence as a prophylaxis was overwhelming and now, they are not approving the inexpensive, amazingly effective drug, Ivermectin. In fact, most have not even heard about it. There is an obvious campaign to discredit its success against Covid19 or to just try and keep it out of the ears of Americans. One US document says: “CHEAP DRUG CUTS COVID DEATHS NEARLY IN HALF.” A U.S. Public Health Service Doctor reported that Ivermectin is associated with 40% reduction in mortality from Covid. The Fort Lauderdale doctor, Jean-Jacques Rajter, a pulmonologist with Broward Health system co-authored a retrospective study last June which has been submitted to scientific journals proving the efficacy of IVM. One of his patients was in the hospital and extremely ill. She required 50% oxygen to breathe, the woman’s son had read a study out of Australia that used Ivermectin and requested it be used on his mother. The results were almost immediate. Within 48hrs she showed significant improvement and has since recovered. The International Journal of Infectious Disease states:

Ivermectin, an FDA-approved anti-parasitic agent, was found to be an inhibitor of SARS-CoV-2 replication in the laboratory.

Ivermectin may be effective for the treatment of early-onset mild COVID-19 in adult patients.

However, they have still not approved it for the use of Covid19 even though the evidence has shown it has strong anti-viral and immune modulating properties. Not to mention, the FDA has stated that “Ivermectin has continually proved to be astonishing safe for human use, with minimal side effects.” According to an
article in NPR.org, more than 2.5 billion Ivermectin treatments have been distributed since 1987 for the treatment of parasitic disease.

Surprisingly, there has not been an official task force either assigned to investigate repurposed drugs for the treatment of Covid19. Thankfully, some very well published and respected doctors and researchers launched a group called Front Line Covid-19 Critical Care Alliance, or FLCCC. Lead by Dr. Paul Marik, and President Dr. Pierre Kory, a pulmonary and critical care specialist, their group has done nothing but study the virus and the role repurposed medications could play in the pandemic. What they have found is nothing short of astonishing. Dr. Kory appeared in front of the Senate on December 8th with a convincing and powerful testimony. He repeatedly said, “if you take Ivermectin, you will not get sick.” He pleaded with Senate to read his manuscript and to review the data by the appropriate agencies for the immediate use of Ivermectin to treat Covid-19. The FLCCC has released two protocols in the prevention of covid19 called the I-Math and I-Mask protocols.

To date there have been over 28 studies on the use of Ivermectin against Covid19, including randomized control trials. All the studies showed a positive result. I will repeat that, 100% of the studies shows Ivermectin works in all stages of Covid19. One study showed that even a single dose of Ivermectin killed the virus within 48 hours.
So why are Americans dying when there is a viable treatment?

Well to start, the FDA can not approve an EUA for the vaccine if there is a treatment that works on the virus. How much money is invested in the vaccine…big pharma and big investors would never let that happen.

Secondly, Ivermectin has been off patent since 1996 when Merck’s patent expired. Could that be a reason the pharmaceutical industry is not interested in the use of the drug to fight Covid despite all the hard evidence and prestigious scientists and physicians recommending it be used?

The road for a new medication is a long one. Normally it takes about ten years for a drug to make it from the lab to your medicine cabinet. The average cost to research and develop a single medication is estimated to be about $2.6 billion. The patent on a drug is what makes the pharmaceutical companies’ money. They hold the exclusive rights to the drug throughout the world without competition for ten years. This means they can sell it for whatever they want and usually do for a higher price to reap the benefits for the ten years they can make money on it. When it goes off patent, here come the generic substitutes made by competing companies. In other words, during the time the company has a patented product, they have a monopoly on the benefits the prescription offers to consumers. This is the problem with the patent system in that those that can afford the newly marketed drugs get them and those who cannot afford them do not. This is especially relevant in developing countries. Only approximately 1% of these new medications have been for “tropical diseases” that kill thousands of people each year in 3rd world countries. That is why there is not much interest in pharmaceutical companies developing innovative drugs that treat these sorts of diseases.

Patent expiration leads to less marketing, less sales and therefore, less profits. Hence, they will try and persuade customers to switch to the new and better treatment than their previously patented prescriptions. For example, Remdesivir at $3200 a dose.

So the old, inexpensive, off-patent drug, Ivermectin, that has proven anti-viral properties and immune modulating properties, has an extremely good safety profile and has shown effectiveness against Covid19 is competing against many new, expensive, patented drugs and vaccines back by the most profitable and wealthiest industry in the world. Anyone see a problem?

This fight is not for the weary, we are the Davids fighting the Goliaths. But like David, we can not be scared, size only matters when it comes to heart, courage and commitment. Do you want the truth to save lives? Will you be a David and help end human suffering?