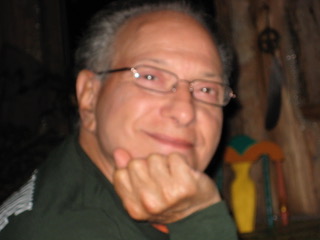 Vincent was unvaxed and refused a PCR test (having no symptoms on admission to the hospital for a pressure sore) fearing a false positive. So he was considered suspected Covid by the hospital, and put into a Covid room with all the Covid restrictions.

Vincent was treated very well by the staff who was caring for his pressure sore until he got Covid and swept into the ICU. Then the death protocol was put into action by a group of ICU doctors and nurses.

Medications given: Vancomycin, not sure what was administered as I do not have the records, and I was ill during Vince's stay in the ICU.

My husband, Vincent, and I were both disabled from birth, but worked, lived independently, and took care of each other for 48 years. In October of 2021, Vincent was admitted to UPMC Presbyterian Hospital for a life threatening pressure sore. He was progressing well when he developed Covid.  He was immediately swept into ICU. As his wife and power or attorney I had already placed notice on his chart that he was not to receive any Covid injections, Remdesivir, or a ventilator.

Having been a medical microbiologist and medical technologist, I spent hundreds of hours researching the virus, and treatments. As a result I requested monoclonal antibodies, Ivermectin, Budesonide, and high dose Vitamin C infusions.  They told me that they didn’t believe in any of that. I was the only one allowed to see Vincent once he was in the ICU. For only one hour a day. Unfortunately I became ill with Covid at the same time Vincent was moved to ICU.

I ended up in the ER, and  was smart enough to refuse a PCR test.  I was given fluids, something to calm my stomach, and had blood work done.  Although I was very ill, I was released with no discharge sheet, medications, or follow up instructions.  Shortly thereafter my breathing became impaired.  Luckily my family secured Ivermectin for me via Telehealth, and it saved my life.

Being ill, I was absent from my husband’s bedside, and no-one else was allowed in. I was still quite ill when I saw him the last two times.  The last words I heard my husband say were “I’m so hungry.” But when I tried to give him some juice, the nurse who was stationed outside the room stopped me.  When I went in the last time, my husband was barely conscious.  I knew the staff was letting him die so I talked to my husband telling him I loved him, and thanking him for taking such good care of me.  I told him to fly away and fly free, and left him.

When, I saw that they were giving him Vancomycin which was dangerous and completely inappropriate, but part of the death protocol.  I told the doctors I wanted everything removed from my husband and wanted hospice for him.  By doing that, I thought maybe my husband would have a chance or at least compassionate care if I got him transferred to a hospice team.  However I was told they call hospice comfort care. Little did I know that comfort care is euthanasia.

My husband was dead five hours after I authorized comfort care. Now, I will never be the same.  I have PTSD so severely that I can’t even go near or into any medical facility as my trust is completely destroyed.  Because of my extended and complicated grief, I have not yet secured my husband’s medical records, but intend to do so.

The CCP, the Fauci Cabal and Big Pharma Must Be Held Accountable

She was Someone’s Wife, Mother and Grandmother

My Sweet Husband Was Murdered