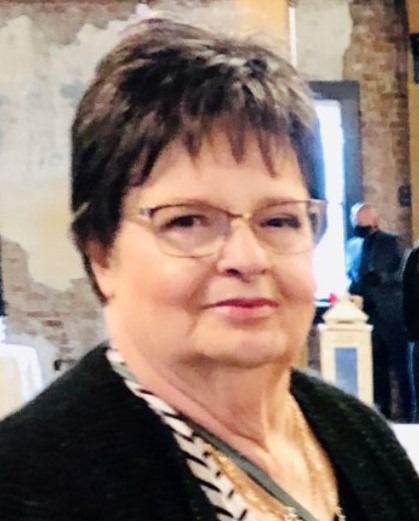 Denied treatment they originally said she could have. Kept bringing up ventilating her when her daughters were very clear they said not too.

"The nurses were like robots, cold and uncaring. They actually told us that our mom "expired", like she was food. "

The ICU doctor was very sarcastic, snickering at the questions asked, and talked to them as if we were just plain stupid. Denied treatments they asked for, no updates, no food, the staff was cold and insensitive.

Days on a ventilator: : 8 days

What types of activism: Telling story to different organizations. Helps with the website: protocolkills.com

They gave their mom remdesivir, a drug known to affect the kidneys and their mom only had one kidney. Avoid Methodist hospital, bad experience.

To the hospital, patients are money but to us this was our Mother. No amount of money can replace her.

Our Mother had gotten sick with what they now call “Covid Pneumonia”.

My sister had to call 911 due to our mother being weak and not being able to get into the car. Her oxygen level was a little low but not too bad.

“We pleaded with them not to take her there.”

We Couldn’t See Our Mother

Our Mother was in the ER for 48 hours and during those 48 hours, we had limited phone contact as the hospital would NOT let us visit her. When we were able to speak to someone from the hospital and they informed us that she wouldn’t keep her mask on and we could tell they were angry with her about this. We asked if we could come up there and help them and again, we were told “no”.

One night, very late at night, we got a call that our mother was being combative. Anyone who knows my mother knows she is NOT like this. An RN then told us that they would have to intubate her. I immediately told that nurse “NO YOU ARE NOT!”. Because the ER was short-staffed and had limited resources, we were told that our mother was going to be moved to the intermediate ICU. The next morning, we call the ER and couldn’t find our mother. We then find out that she had been moved to ICU. That’s when the roller coaster of emotions started, the confusion of information, being misled, being lied to, very disturbing to say the least.

She Was the Perfect Candidate

We were contacted by a lung specialist, I will leave his name out, and he explained plasma antibodies treatments. The first is a natural form, from a recovered patient. The next, being LAB-made type of artificial antibodies treatment. He said our mother was a perfect candidate for this. Again, he mentioned intubation as if these machines are babysitters. We repeated to him absolutely NO intubation for our Mother. He told my sister to look up what these plasma antibodies treatments were, as they’ve had success in the past. We did our research and found that this treatment was signed under a EUA in 2020. There is an act called my right to try and the hospital was denying her right to try. They claim this is NEW, but it is in fact was not new at all and has been used for decades. We were so excited about this, and we told them yes, we want our Mother to receive this treatment. Hours went by thinking our mother was receiving this treatment. Later we got a call from some infectious disease doctor saying that our mother wasn’t a candidate and she got denied before a committee board. What the HELL? We asked numerous other people that have had ties to Methodist Hospital, and they informed us that there is NO committee board. Later on, that evening we got a call that my Mom’s lung specialist had to FIGHT against this infectious disease doctor, and this so-called “committee board” to get our Mother one bag of plasma antibodies treatment. They told us they had no idea who informed us she wasn’t a candidate because she in fact met ALL the requirements to receive this LIFE-SAVING plasma antibodies treatment. She received the one bag and her pneumonia and breathing got better.

Two days later she declined a little, so we asked again for more plasma treatments. We were told that only a doctor could put the order in and we needed to talk to the lung doctor. They put in MULTIPLE REQUESTS for the lung doctor to call us NO response. When the ICU doctor called on Monday, he was very sarcastic, snickering at the questions we asked, and talked to us as if we were just plain stupid. We asked for our mom to be transferred and the ICU got mad and acted like how dare we ask such a thing. The doctor’s words were “find me a bed”.

The Damage Was Done

Unfortunately, the hospital had given our Mother medication that played a part in her health declining to the point that no other hospital would take her.

We begged and pleaded with them but were unheard by all. Finally, a new doctor came on board who seem to care but we later found out he was just like the rest. Because of the doctor’s snide comments to our questioning and lack of information or help, we had to turn our efforts to writing state representatives requesting assistance for our dying mother. We especially needed help with getting a response from her lung doctor. When we finally got a call from the lung doctor, I could tell by the tone of his voice that it was too late. The damage to her organs, especially to her only kidney, was too extensive.

Our mother passed on August 15th, ALONE!! The hospital would NOT let us see her. The medications given to her were Remdesivir, Dexamethasone, and Vancomycin. These same medications have played a MAJOR part in organ failure. Weeks later after receiving the death certificate, we found out from the DEATH CERTIFICATE that our mother had suffered a heart attack. The Hospital did not inform us of this. Our Mother should have never been given these medications as she was NOT a candidate for them, and one medication has not even passed a clinical trial! They ignored her underlying health issues and WITHOUT consent gave her the death concoction. The mental anguish, hurt, anger, and sadness has rocked our family to the core. Doctors, nurses, and hospitals are not upholding their oaths to do no harm, in fact, they are aiding and abetting murder.

Our mission is to spread awareness and help others who have lost loved ones as well as help others that have loved ones in the hospitals they are trying to save from this corrupt protocol. We have met so many others that were complete strangers to us and we now consider them family!

Believe it or not…..wake up!

This protocol took both my sister & brother-in-law, Crystal’s Story

Kelly Moore Mourns the Loss of Her Husband

To: Beckon Medical and IU Health

Loss of my Husband