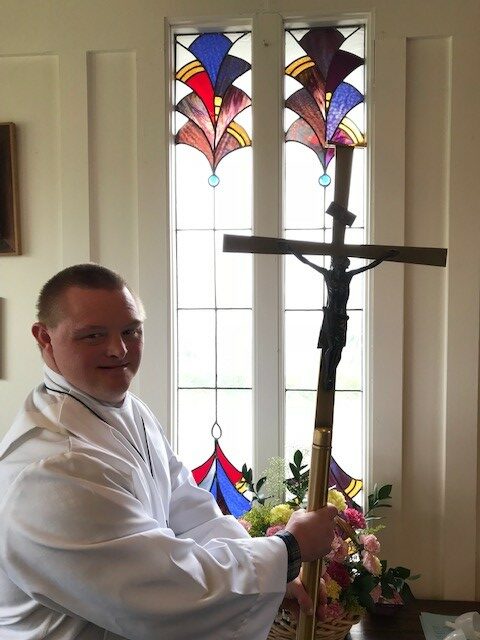 Johnny’s strong faith prepared him for eternal life.  His dad and I struggle daily with grief but Johnny pushes us forward to find ways to continue his mission of “spreading happiness”.

Covid protocols including Remdesivir in both hospitals. Multiple human mishaps that lead to loss of oxygen from numerous ventilator break-downs, blocked catheter, inexperience with medical equipment, false claims of Mersha, infections contacted in hospital, bacterial, fungal, and final death- kidney failure from all the combinations of medicines and sedation drugs.

What types of activism: By telling Johnny's story it is hopeful that hospital rules can be changed to allow for family and other advocates in the room to provide support and love, and be watchful eyes on the care received. Covid Mandates in hospitals must end! 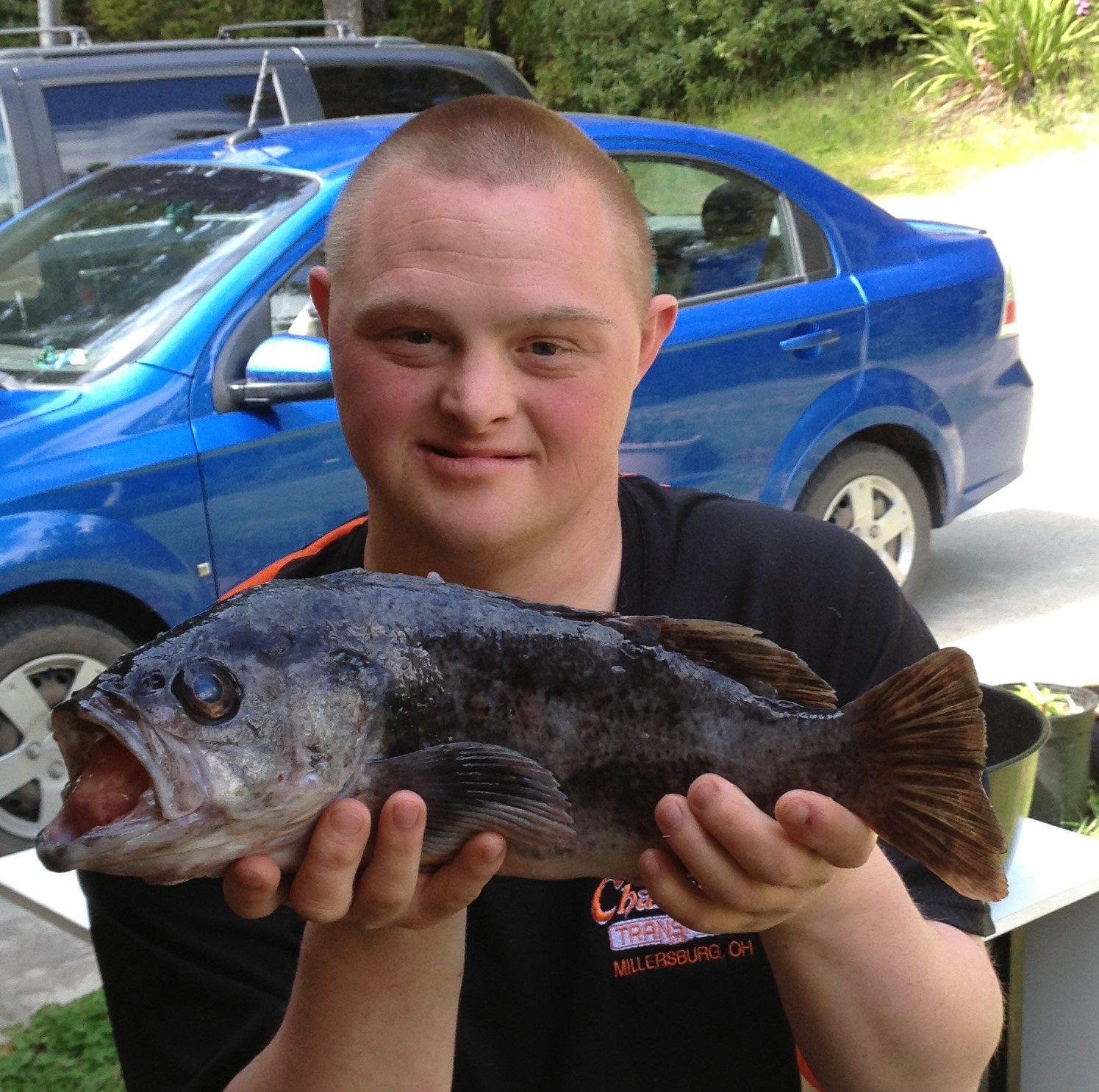 I am a brief summary included below of my wonderful son that was take so prematurely and wrongly from this world.

Our first child was born three weeks early on Holy Saturday April 18th, 1987. On Easter the doctor told us they wanted to test our baby for Down syndrome.  Johnny was perfect, a precious blessing from God who changed us forever. Upon his birth our journey became to afford our son every opportunity that all parents want for their children, a full life within his family, school, and community. Johnny exceeded our expectations and became much more than just a member of society.   Johnny was like sunshine; he created happiness, and brought smiles wherever he went and with whomever he met.  Johnny loved many things but the competition and camaraderie  of athletics was at the top of his list.  He lettered in High School swimming, track and field, and excelled in Special Olympic year around sports program.  He was a multiple medal winner in basketball and in track and specialized in the 100 meter run, relays, and shot put.  Most memorable, though, Johnny earned the right to represent Team Oregon at the 2010 National Special Olympic Games in Nebraska in swimming with his favorite challenge, the Individual Medley consisting of all four swim strokes.  Being very photogenic Johnny was chosen as the poster athlete for the 2012 Oregon State Games where from that time forward he introduced himself to new acquaintances stating “I’m Famous” and gave them a signed picture. An avid worker, Johnny helped on the family farm and fed animals, cleaned pens, assisted in fence building, and raised and showed numerous champion sheep. In 2006, his last year in 4-H and High school, he earned Champion Market Lamb and 1st place senior swine showman where the judge praised Johnny’s patience and ability.  Awe-inspiring, his High school classmates gave Johnny a standing ovation at graduation.  In 2008 Johnny, fresh out of the school transition program, met the owner of a local company where his smile brightened the business on a weekly basis for the next fourteen years of gainful employment.  Johnny added a second day a week to his work schedule that included lawn mowing and clean-up where both jobs continued until his passing. Johnny mentored living life to its fullest.  He truly demonstrated Jesus’s unconditional love for all people. For several years at church Johnny rang the bell and carried the cross which paved the way for his proudest honor and joy to serve mass on the alter which he did with reverence until Covid.  Johnny and his father were members of the Knights of Columbus which provided him with friendship and a full Knights honor at his funeral.   Johnny has many friends that today miss him dearly and he was blessed with two years of incredible love with his girlfriend he planned to marry.  Johnny passed away from complications of Covid on August 26th, 2021.

It was the second year of Covid mandates and we took many of the recommended vitamins including zinc.  Vaccines were still not federally approved as safe.  Several friends and family members had severe reactions from the vaccine, some ended up in the hospital.  Making these decisions for our son lay heavy on our mind.   Being over 60 and much experience through cold and flu seasons we relied on and had success with natural immunity without vaccines, doctor visits, or antibiotics.  We led a healthy and active lifestyle.  For years Johnny insisted on his twice weekly treadmill workouts he so enjoyed.

In July 2021 our life consisted of Johnny’s work commitments, church engagements, several family events and attendance at the local county fair at the end of the month.  On August 1st and 2nd my husband and I started to feel different, strange.  By the 3rd it felt like my body had been hit by a car with fatigue, muscle pains all over, and headaches and included a fog, almost a sedated state.  None of us had a fever, sinus, or lung issues.  Johnny showed no outward indications of distress except being lethargic.  We read up on Covid and felt that there were some signs that this was what we had. Following procedures by the CDC and our local medical instructions, we did not go into our doctor office.  However, this sickness could be described as not like any normal flu or other illness we could relate to.  This was horrific; it was as if something had taken over our body and did not present itself as a disease of nature.  The timeline was after the first Covid epidemic; we assumed it was the Delta  “devil” variant.

Johnny came into this world with a very keen sense of certain things, many of which included communication with God.  He prayed every night with the last month of his life being very insistent about his time spent talking to Jesus.   Several weeks before we all got sick Johnny started an unusual behavior and shared with us that he was scared and that at night there was a wolf outside his bedroom window.   Because of his fear, he asked to sleep with us, something he had not done since he was a young child.

It is unfathomable that other parents, children, and spouses are not able to support loved ones in the hospital.  Covid rules are barbaric and need to be changed.  It has been a year this month that Johnny left Earth for a better place but for his dad and I, it is just like yesterday.  We were blessed to have one doctor that advocated for our rights to be with our son.  My heart breaks for all who lost a loved one to Covid and for all patients with fear of dying alone.  Covid medicine protocols are wrong as each individual has health and personal needs to be considered.

On August 9th, after my son’s evening prayers, Johnny who had trouble with communication stated very clearly to his Dad and I that “Jesus say I die and rise in three days”.  Taking Johnny to the emergency hospital which led to ventilation and Covid protocols was three days.  Johnny now knows that Jesus took him to his eternal home.

Jennifer’s Story- They Killed My Brother