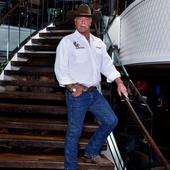 "Who gave you permission to put my husband on the ventilator, he did not want to be venitilated?

Days on a ventilator: : 4 days 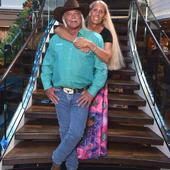 When I asked what medications they were giving my husband, they told me, Antibiotics, Steroids, and Breathing Treatments. Never mentioned Remdesivir.

On 9/20/21 I came down with “COVID” after being exposed at work. On 9/23/21 my husband got it. By 9/30/21, I was feeling a little better and noticed how confused my husband was acting. I told him we were going to take him to get oxygen, but he kept saying “No, if I go, they’re going to give me the shot and Remdesivir”.  Our daughter came up and tried to get him to go with her, (I was still quarantined) and he wouldn’t walk out the door. We ended up calling an ambulance.

I was told his O2 was at 74% when he arrived at the hospital.  He was admitted,  but in the Emergency Department due to not having any available beds. I called and spoke to Nurses a couple times a day, to check on his progress. He was ok, but still in need of Oxygen. I asked what medications they were giving him. They told me Antibiotics,  Steroids,  and Breathing Treatments.

When I called on 10/3/21, our 36th Anniversary,  they told me he had been moved to 3D, and gave me a phone number to call. I tried that number, thinking I would be able to talk to him, many times that day. No answer. Our Children were also trying to call.

Around 10:30 that night, my son called me and told me he got another number to call, and that he was told my husband was ventilated, but resting comfortably.

The next morning, 10/4/21, I called and asked how he was doing. The nurse replied, ” OH, he’s doing OK, just chillin”.  I then asked her who had given permission to ventilate him, because I know it wasn’t me! She immediately started to stutter and finally said, “I wasn’t here, so I’ll have the Dr. call you back.

30 minutes later, the Dr. called me. I asked him why I was not informed, or asked about ventilation. He said that they had found my husband on the floor and he had “coded”. He proceeded to say, because he didn’t have a DNR in place, they were required to perform all life saving methods. He then asked me if I’d like to come down and get a DNR in place. I declined.  He then told me that his lungs were looking better than the previous day.

I had been “cleared” from quarantine by the Health Department by then, so I kept asking if I could come sit with him. They insisted absolutely not,  because he had “COVID”. I kept telling them, he caught it from me, and I’m ok to go out and mingle again. I’m at no risk! They kept saying no.

Later that day, the same Dr. called me and told me my husband was in Kidney Failure. I asked if he was going to make it through this, and he replied “Probably not”. He then asked for my consent to put a feeding tube in, the next day.

The next morning, 10/5/21 another Dr. called me and told me my husband was in  Heart Failure. I asked him if he was going to make it, and before I even finished my question,  he said “No”.

On 10/6/21 The Dr. from the previous day called me and told me my husband was in Multiple Organ Failure, and he will not survive through the day. He told me to gather my family, quickly.

I reached out to our family and 2 of our 5 children are close by, so they came to get me. We arrived at the hospital within 2 hours of that phone call. They put us in a private waiting room where the Dr. came in and told us that they were removing the ventilator, but they would let us go see him before they did that, because he will pass very quickly without it. He then told us we could only go in, 2 at a time. My son, (who is 6’4″), stood up and kicked the chair backwards, as I stood up and said “You just told me to gather my family and we’re here. We are all going in”. He agreed. We went in to see him for a few minutes, prayed over him, then went back to the waiting room as they removed the ventilator.

When we went back in, had our other children on video calls, and stayed with him for over 2 hours. He started struggling, noticeably, so I asked if he could have something to help him relax a little. He was purple, his heart was beating so hard we could see it through the blanket.

The nurse came in with 2 Large syringes of Fentanyl, and proceeded to put it in, through his IV. As she finished the first syringe, he started getting pale. She continued and put the whole 2nd syringe into him. Within 4 minutes he was gone!

They made us choose a Funeral Home before we left. The next morning we called that Funeral Home to go meet with them, and when we got there, they still hadn’t received him, or any notification of him. They called and after @ 20 minutes of confusion, they set out to go pick him up.

The story of Steven Traini

To: Honors in Scottsdale

To: Texahoma Medical Center in Dennison