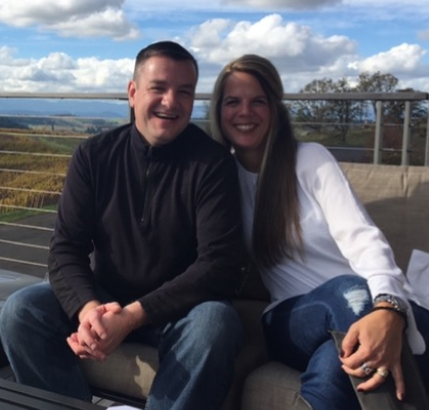 He was not given an IV hydration upon admission to hospital. We had to ask but then later found out it was removed. No nutrition w food or feeding tube.

The night before Greg was intubated, he placed a call to the police. He knew something was very wrong. No police log records of his call.

He was texting me that he was left alone most of the time. No one checked in on him and he was very hungry and dazed and confused
He called the police the night prior to being intubated

Days on a ventilator: : 4 days

What types of activism: I am trying to get a lawyer but no luck so far. Lawyers are afraid to touch anything regarding C19 We need class action lawsuits asap There is power in numbers 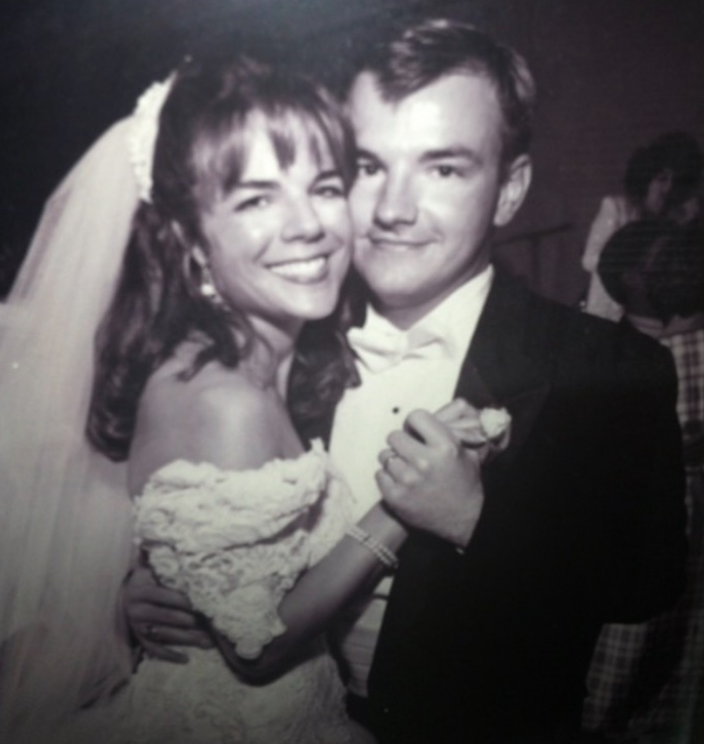 We’re in a spiritual war. My husband knew yet still became a victim.

On September 17 2021, my husband of 25 years , Greg had a fever and wasn’t feeling well. He was sick and couldn’t eat or drink much. We were managing his symptoms with Tylenol and Advil.

On September 21, I took him to Legacy Meridian hospital emergency room because he had labored breathing. They sent him home with an inhaler.

On September 22, Greg was still having breathing problems so I took him back and he was admitted to Legacy Meridian Hospital with shortness of breath and a high fever.

By that evening he was already feeling better and planned to be discharged in a day or two. He was meeting the goals for the breathing exercises they were doing.

The next day I called the hospital to make sure they were going to give him IV hydration because of his high fever and because he wasn’t able to drink much at home.

I also told Greg to ask the doctor for IV hydration as well.

I have text messages from him documenting that they had not given him IV for hydration.

I then called and asked to speak to a doctor. I spoke to Dr. Raelin  Fullmer.

I told her that Greg wanted hydration and vitamin D through IV. She proceeded to tell me she was not going to do that. She told me “We know what we’re doing, and we’re not doing that.”

She refused to give him what we both wanted him to have, hydration and vitamins. I believe that was a violation of his patient rights.

Throughout his stay, Greg was texting me that no one had been in his room to check on him and that he was seeing less and less medical staff. He was very concerned they were neglecting him.

He was texting me that he was quickly losing body mass and and muscle mass.

It is heavily documented in the medical records how Greg’s weight was declining.

A nurse even told me how clever Greg was being by trying to stick his drinking straw through his breathing mask.

There were a couple days I did not receive a call from any staff at all. I would call and was told they were busy and no one was available to take my call and to call back later.

On September 30, Greg made a call to the Tualatin police department.

I followed up on this to no avail. They responded that there was no documented call on their end.

Greg was heavily sedated and the medical notes say he was a fall risk so they restrained his arms.

It is documented that Greg  was only eating 10% of his meals and needed protein.

It is documented in the notes that Greg was malnourished when he was ventilated. How can a patient get malnourished if they are getting quality care?
I was never told how much weight he was losing. Again, some days, I was told nothing by anyone. I could not get any information and was not allowed to visit him or check on him.

On the morning of October 1, I received a call to bring in protein shakes for him and a smoothie from Jamba Juice.  The nurse said he really needed high  protein and they didn’t have that in the ICU.  I ran out quickly and brought these things to the hospital and dropped them off. There were national guard standing at the entrance and I was not allowed to even bring anything  to  him. Once I returned home, I received another call that Greg required a ventilator. It is noted in the records that as Greg was “trying to eat breakfast “ he required a ventilator. Why weren’t they concerned for aspiration? Why was someone who was clearly not able to breathe, trying to eat?  Greg was so  sedated he was not able to speak for himself and for the staff to neglect to keep me updated is egregious at best. Again, I could not be Greg’s advocate because I was left in the dark. I had no way of getting any information on time to help him. He was rapidly deteriorating, starving and dehydrating and I had no way of knowing.

Later that day, I called to check on him because it had been hours and no one called me. They had called Greg’s cell phone which he had at the hospital with him  and not mine.

Dr. Ed Dyer told me that since Greg was only 53 years old with everything to live for and with no medical comorbidities that the ventilator will likely save him and he was no where close to death. He said that Greg had a very strong heart and very healthy vital organs.

He said that over 99% of doctors would agree that Greg had very good odds of coming off the ventilator but I had to give it time.

On October 4, I called and spoke to the night nurse and was told that Greg’s body temperature had fallen to around 93 that day but no one had called to tell me this. I asked what was done and he said they put warm blankets on him.
I had a friend who is a prenatal intensive care nurse call and speak to the nurse and she was told that on October 4 around 12:30-1:00amGreg’s numbers were good and he was stable. His blood gases were good and his oxygen saturation was in the mid 90’s and he was using about 85% of the ventilator. He didn’t have a fever  and nothing grew on the blood culture so they took him off antibiotics.

On the morning of October 5, 2021, I received a call from Dr. Jenna Peterson advising that Greg was at the point where the ventilator was not working and it was time for me to come in and remove the breathing tube.

She said if I wanted to come see him for a final time I needed to hurry.

I gathered my two children and went to the hospital to see him and he was already cold. How did this happen within hours of being told his oxygen saturation was in the mid 90’s? Nothing is adding up.

We tearfully said our goodbyes and the intubation tube was removed. No one even asked to see the advance directive. I would think this would be necessary to remove a life saving device from someone, but no one asked to see it. They just took me at my word that I had the documents. In retrospect, not much was done in legal manner.

This is the most traumatic event of my life.  I had no time to process any of this. I had to come in quickly and remove the tube if I didn’t want my husband of 30 years to die alone. My kids and I watched as he took his final breath. My 21 year old daughter was so distraught, she had to be taken out of the hospital in a wheelchair.

I am looking for truth. It is my gut telling me something went very wrong and this was not a natural death. And after sorting through the medical records it is plain to see that he did  not get his  basic human needs met. Greg had a very healthy heart and very healthy vital organs. He was not on any medication for anything.  There is clearly a protocol that neglects common sense and defies all humanity. I asked for the proper amount of immune supporting vitamins and IV hydration. Had he been given the proper humanitarian treatment, it is my belief he would still be here. Food and water are not controversial. They are basic human needs and rights.

To: Peterson Kerrville and Methodist

Jeff D’s Story :MY Father was Murdered by a Hospital

Everyone Loved Her – Mark’s Story