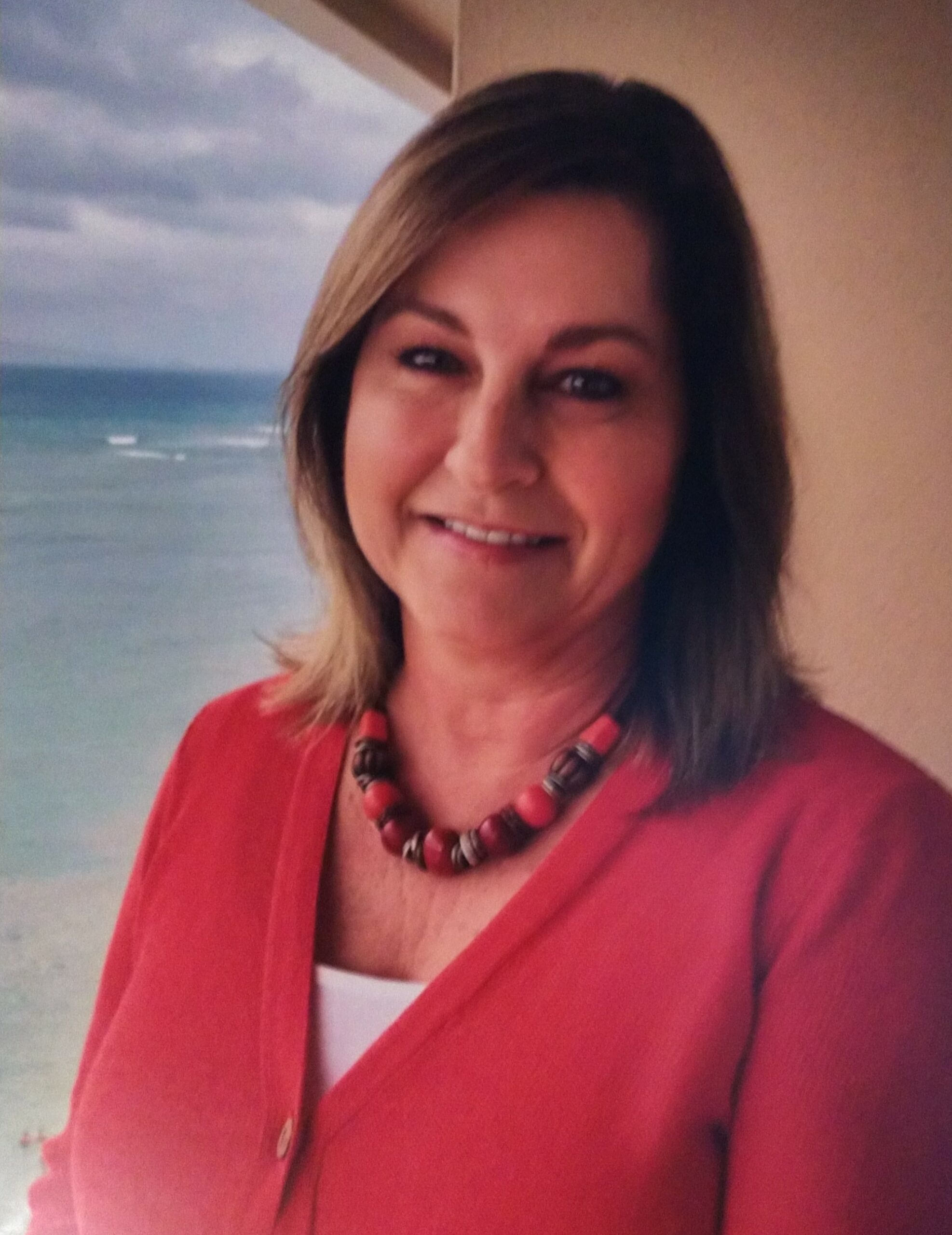 kept in the dark and as far as I know was never told she couldn't have Regeneron because she was immediately
put on oxygen. She said Doctor pops his head in for 2 seconds and says no change and leaves.

Days on a ventilator: : 9 days

What types of activism: I, James, have been trying to distribute letters and emails explaining everything that happened to my wife and how she was denied Regeneron and Ivermectin. Hospitals need to be forced to disclose what they will and will not give patients upon checking into hospital so patient can decide if they want to stay or go to another hospital. 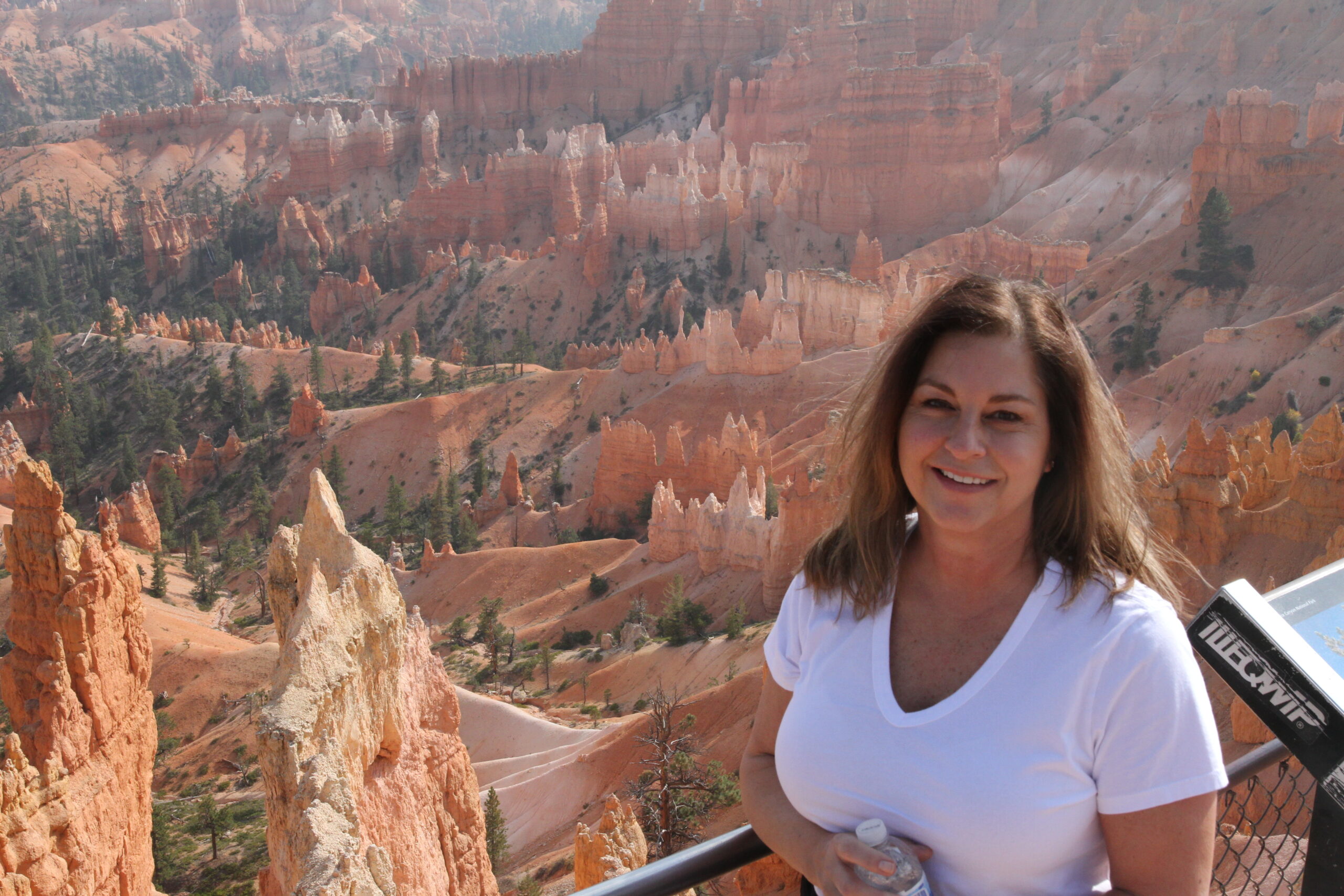 On November 15, 2021 my wife started feeling bad. On Thurday, 11-18-2021 I started feeling bad. By Sunday 11-21-2021 my wife felt really bad so we went to Dignity Health ER at Baseline and Gilbert Rd in Gilbert. We were the only ones in there, my wife oxygen saturation level was 98% but having issues with her breathing. Mine was 95%. The results would be available Monday. The Doctor was going to let us go without doing anything to help my wife. I said can you give her something to help her with her breathing, he said I can give her a steroid inhaler. On Monday the office called us and said we both have Covid! No follow up with a suggestion of what we should do. I called back and asked for a prescription for Ivermectin. She said we don’t do that! Again, no follow up with, you should go get a Regeneron treatment while your oxygen is still good, nothing. The are/were the first line of defense or attack on treating Covid and did absolutely nothing.

On Tuesday, 11-23-2021 my wife came in and said she was really feeling bad, so I was nervous and said lets go get you a little help at Chandler Regional Hospital. I assumed it would be a simple overnight stay and I would be picking her back up the next day or so. Upon checking her in Chris registered 89% oxygen saturation and she was put in a wheel chair put on oxygen. I did not discover until Chris was in the ICU 19 days later that she was never given Regeneron, because Chandler Regional Hospitals protocol is, if you are on oxygen you do not get Regeneron! When I checked Chris in, I could not stay because I had Covid, I had to stay away for 10 days. My son Sean was going back and forth between us trying to keep us both up to date. During the first five days after admitting Chris into the hospital, I only managed to get 5 hours of sleep total. I was trying to find a company to come out and give me Regeneron but they were all booked out over a week. I had Sean drive me back to Chandler Regional Hospital on Friday, November 26. First question from the Doctor is, “did you get the shot?” I said no and what does it matter, I am here. He said, “you have to get the shot it’s going to kill you”. He agreed to give me Regeneron but said I can’t stay after the treatment. When I got a copy of my medical file, it said, “Patient request Regeneron” Like I’m the one who has to be the doctor.

On Sunday night/morning November 29 I had Sean come over and take me back to the Hospital because my breathing was heavy and chest felt tight. They did a chest x-ray and drew blood. One of the marker in blood test indicated potential clotting, so they also did a cat-scan. After 3 hours, they let me go, saying my oxygen was consistant at 93+/-% and nothing else showed concern. Friends of ours found out what was happening and brought over Hydroxy chloraquine, hydroxyl and I had AZ Medics come over and give me a vitamin drip. However, on Monday 11-29, my oxygen level was to low at 88%. They came back Wednesday 12-1 and I was able to get it to 90% and keep it there long enough to allow them to give me the vitamin drip. My point is, my wife was worried I was at home not being treated well enough and she was worried I was going to die, yet I got better treatment from my friends than my wife got in a billion dollar hospital, I received four treatments my wife never got!!! I was finally able to visit Chris in the Hospital and she said she almost gave up twice but told me she was going to make it and would eat this crap no matter how bad it was. Now for the first 15 days Chris had been in the Hospital, not a single Doctor called me to get my opinion or tell me about her treatment and what was going on or how she was doing. The first call was on day 15 when the Doctor called me and said, “I finally feel comfortable enough to call you and tell you Chris is doing much better, sitting up. I’m going to watch her Wednesday and Thursday and then we can discuss when she can come home. Great finally some good news. I had been texting all of our friends the whole time Chris was in the hospital and everyone was so happy. The next day, oxygen back up a little bit, by Friday back up to full power.

My son Andrew and I visited with her for 3+ hours when she said she wanted to take a nap. I left at 3pm and said I would be back at 5pm. While I was gone, she tried to call me 4 times and texted me twice and had my son Sean also trying to contact me. When I called her back, she was so mad, she said she wanted her dry hair shampoo since she hadn’t had a bath in a month. When I got back to her room, the nurse said Chris actually turned blue from her oxygen dropping so much from being mad. Dr Shikri came in that evening and said, “Chris, I have been watching your numbers and if we don’t intubate you now and put you on a ventilator, you will die tonight!” WOW, my first chance to be involved in her health care! Chris and I looked at each other and said, “if that is what we need t do.” Dr Shikri decided he needed to do the intubation down in her ER room becausehe wasn’t sure she would make it up to the ICU. I waited outside the room while they did the procedure and when they wheeled her out, her eyes were half open and there was no life left in them. I said, “she looks dead!” they said no she isn’t dead. However she never woke back up after being put on a ventilator. I noticed they had electrodes attached around her forehead and when I asked why, the nurse said we are trying to get a response from her. I received a call from Dr Mullins who wanted to update me on Chris’s condition. I said I saw her this morning and she said, “you don’t want an update?” I said, “yes I do, I was just stating that I saw her this morning.” she went on to say, “I was hoping to more improvement” Now she had only seen Chris the day before for the first time. I asked why she didn’t get Ivermectin an she said it hasn’t been proven and we don’t believe in it and we are not dealing with Covid anymore, we are trying to get her lungs to recover.

The following day Dr Mullins came in the room and I also asked her why Chris never received Regeneron and she was the first person to tell me if placed on oxygen you do not receive Regeneron. I asked Dr Mullins to show me Chris’s lung x-ray. It was terrible, she was down to 20-25% of her lungs. I said, “she would be lucky to be in a wheel chair and on oxygen!” Dr Mullins said, ” that is the best case, she will most like die of a secondary infection in a breathing institute. She told me if she makes it out of here she will be in a breathing facility for at least 6-7 months. I knew right there and then it was over. I discussed it with my two boys and we agreed that is what mom would want and we had to let her go. It took 2 hours and 45 minutes to die with only 20% of her lung capacity, you can’t tell me that 2 hours and 45 minutes spent right when she checked in wouldn’t of been better time spent. In fact one of the nurses told my son Sean, that your mom is doing pretty well, she should be out of here within a week.

Lori Keith’s Story – Taken Too Soon Due To Remdesivir

My father passed due to Remdesivir even though I told the hospital Not to give it to him.

Served his country only to have his country kill him! VA hospital in Oklahoma City killed my brother.